Everybody eats and everybody is affected by the integrity of the food production system. Food industry whistleblowers have been bringing food safety concerns to Government Accountability Project for more than three decades. In 2009, FIC was created and expanded to include food and agriculture related disclosures about: Animal Welfare, Environmental Health, and Worker Rights. 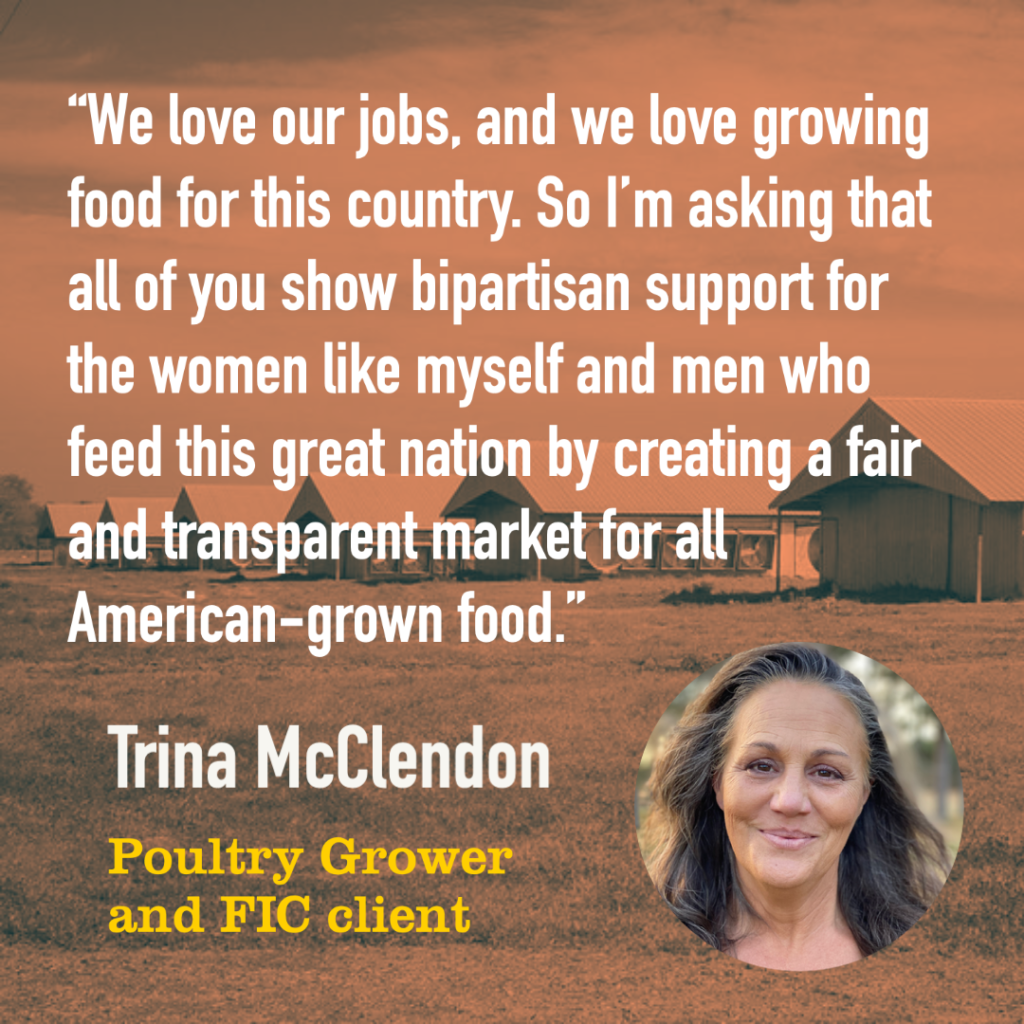 FIC whistleblower client and Mississippi poultry farmer, Trina McClendon, testified before the U.S. House Committee on the Judiciary. She bravely spoke out against the unfair and exploitative tactics poultry companies use to trap farmers in a treadmill of debt. She talked about how consolidation in the poultry industry leads to one-sided contracts, lack of transparency, pay uncertainty, and fear tactics that keep farmers from speaking out.

FIC along with over 55 national and local organizations representing diverse interests demanded that farmers get a #FairShake. Together, we shared and amplified timely messages on social media about the impact of corporate consolidation in agriculture.

We filed a complaint on behalf of poultry grower, Rudy Howell. The complaint alleges that Rudy is a whistleblower and was wrongfully terminated for making protected disclosures. Howell refuses to remain silent and fought back against Big Agriculture with a bold message that can be seen from the sky. Howell mowed the 95ft-tall and 875-foot-wide phrase #FairShake into a 19-acre field next to his now empty chicken barns. Howell “hopes everybody sees” his concerns about rampant consolidation in the chicken industry. Rudy Howell’s story, and his message to the world,..Read More 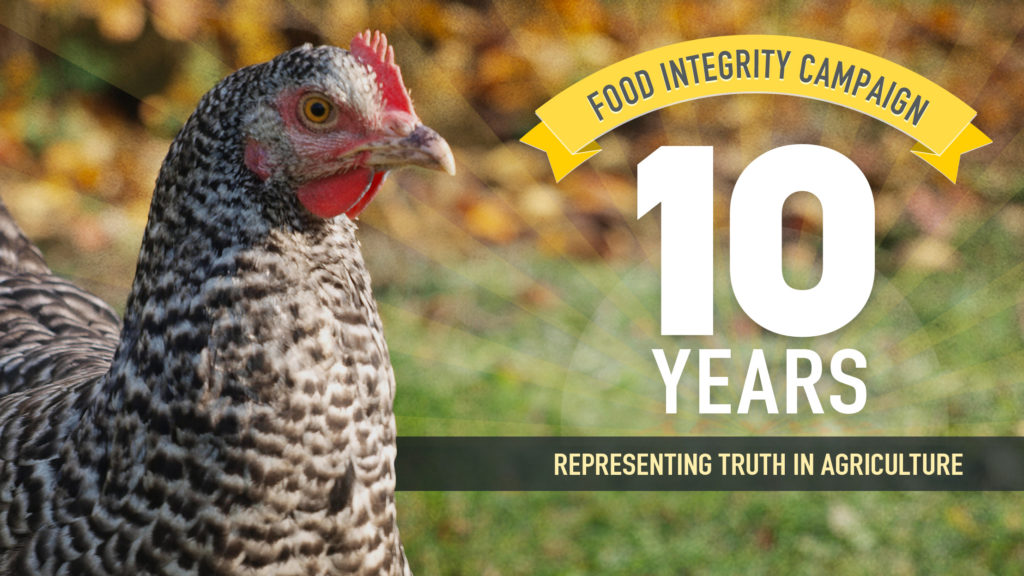 Starting on November 12, 2019, FIC and American University Washington College of Law host a week of events in Washington, DC to celebrate a decade of representing truth in our food system. Events include a screening of the documentary film, Eating Animals, followed by a panel discussion with advocates and whistleblowers featured in the movie; a VIP event to present the first annual Dean Wyatt Award for truth-telling; and an all-day conference with influential panelists and speakers convening to discuss intersectional oppression and opportunity within our food system. 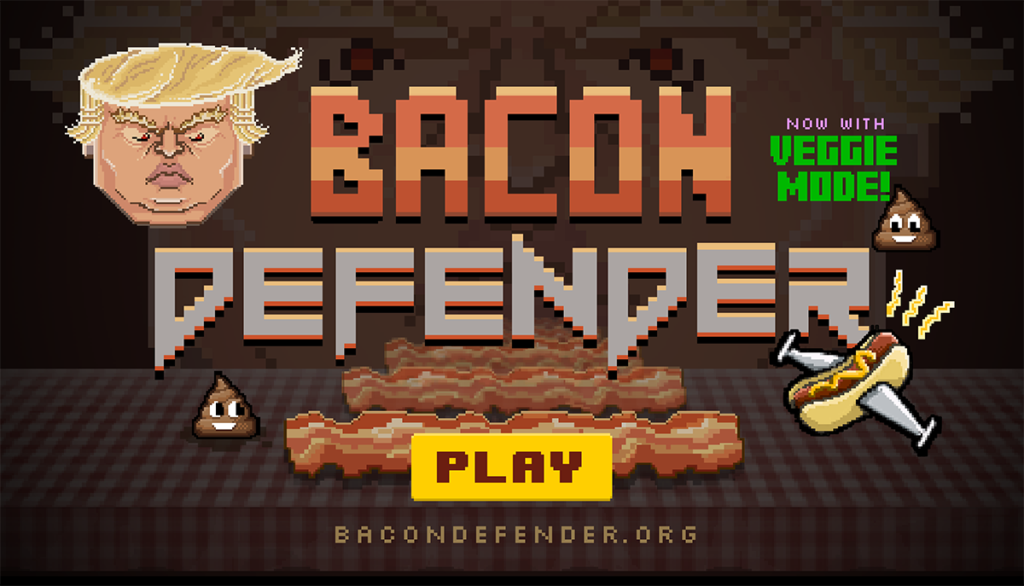 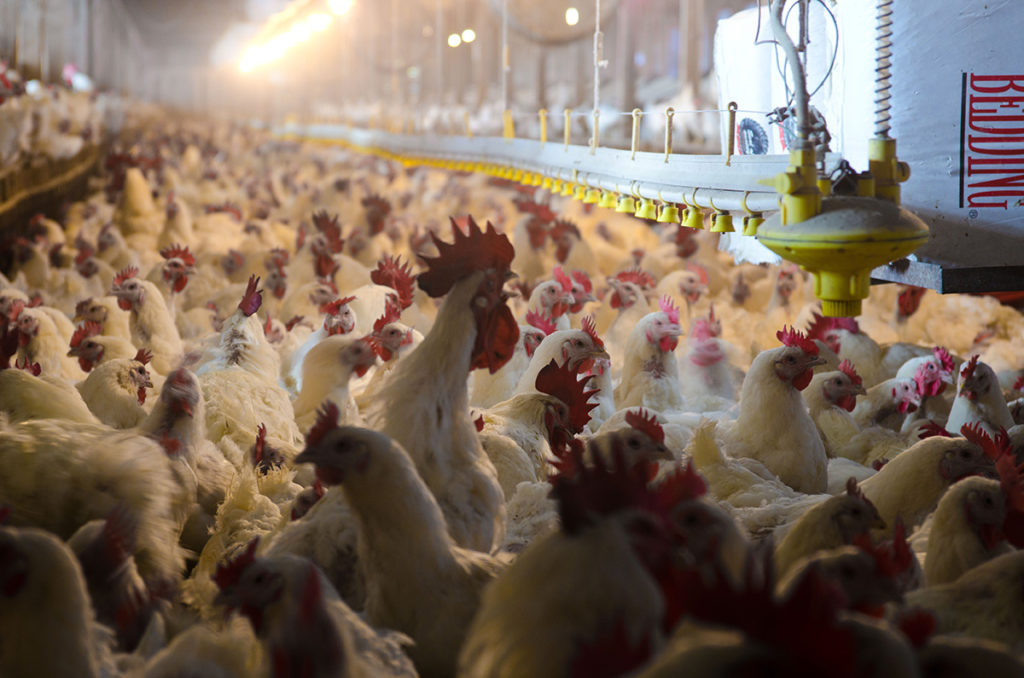 FIC filed an historic lawsuit against poultry company Perdue on behalf of contract poultry grower Craig Watts, marking the beginning of FIC’s campaign to improve conditions for contract growers. Watts faced retaliation from his contractor, Perdue, after he invited an animal welfare organization to document conditions on his farm. He wanted the public to know that the growing practices Perdue required of him contradicted the “humanely raised” label Perdue placed on its labels.  FIC also represents Eric Hedrick in federal court against Pilgrim’s Pride, which retaliated against Hedrick after he..Read More 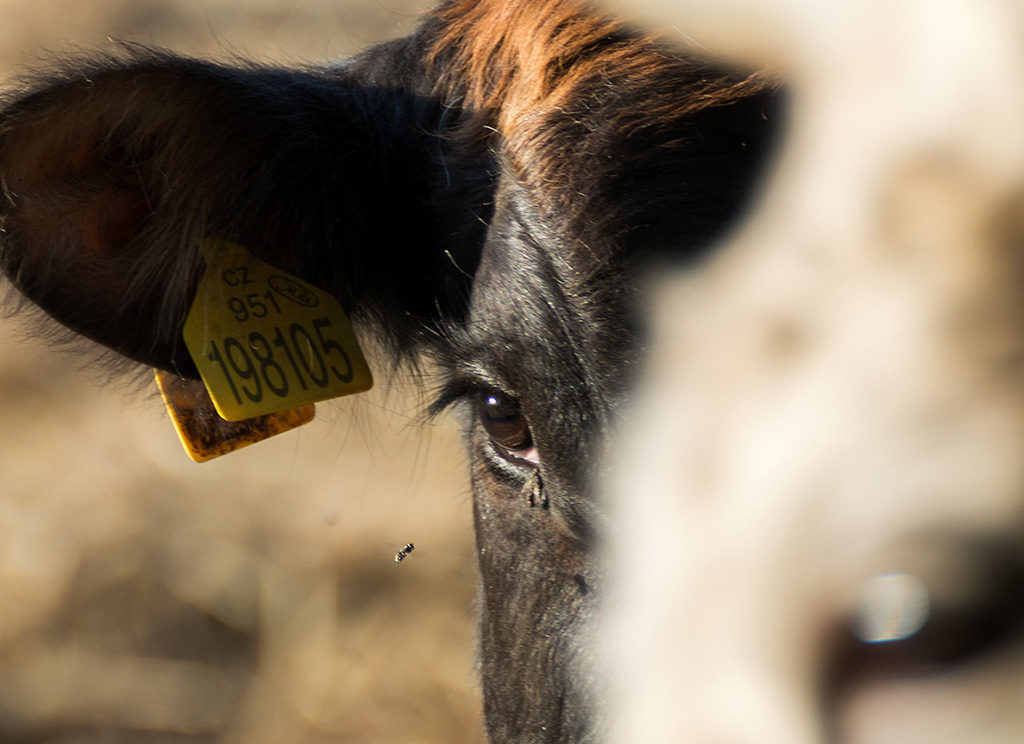 FIC met whistleblower Dr. James Keen after his allegations of animal abuse at a USDA research facility blazed across headlines in The New York Times. As a veterinarian and professor, Dr. Keen researched ways to improve the productivity of farm animals. Dr. Keen became increasingly concerned over incidences of animal neglect, and, after unsuccessfully attempting to initiate reforms from within, he reached out to the media. Dr. Keen’s disclosures prompted both consumer outrage and government investigations into the research facilities practices. FIC works with Dr. Keen to help leverage his..Read More 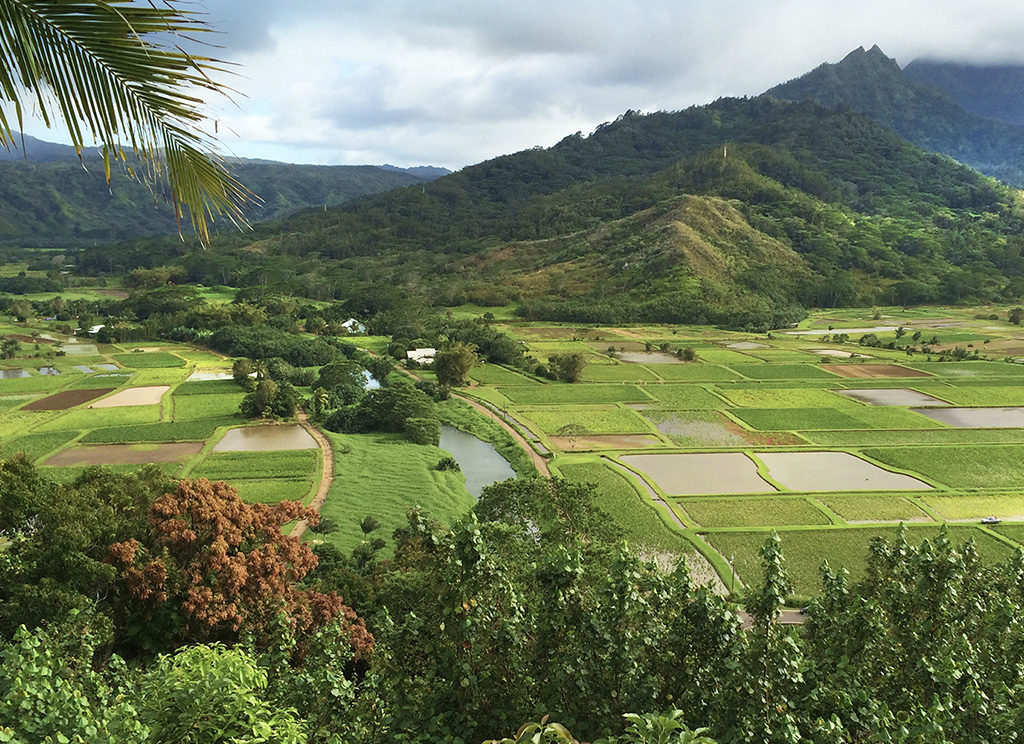 Kauai, Hawaii’s year-round growing season makes it an ideal place for biotech and pesticide companies to test new seeds and chemicals, such that some fields in Kauai rank among the most intensively sprayed agricultural land in the U.S. Pesticides drift from those fields, sickening residents and polluting Kauai’s unique ecosystem. Contacted for help by local activists, FIC investigated the close relationships between Hawaii lawmakers and pesticide company lobbyists. Activists successfully advocated for a local law to create buffer zones around homes and schools, among other protections, which continues to face..Read More 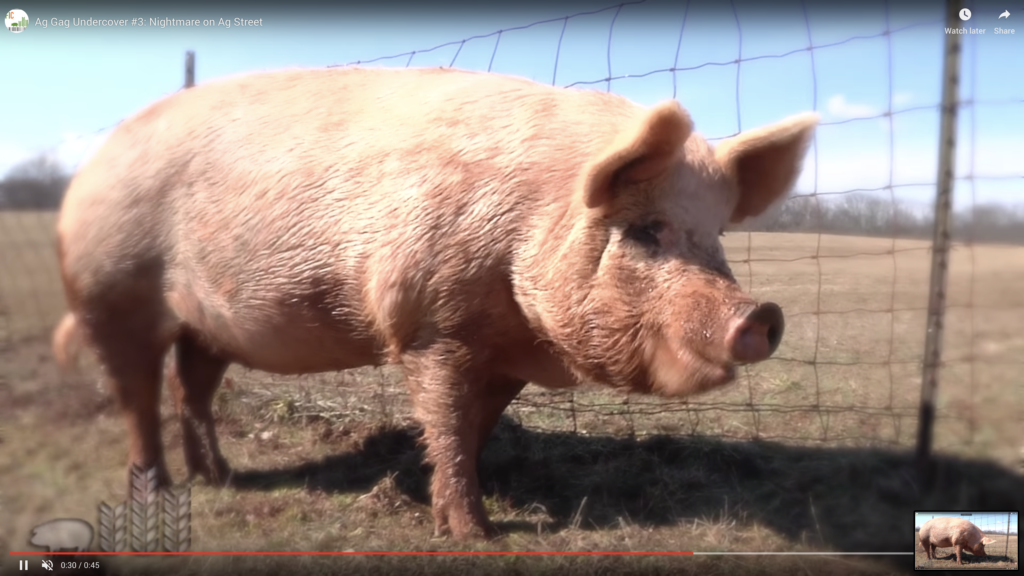 FIC was an early leader in fighting anti-whistleblower “Ag Gag” bills in state legislatures. Over the course of a few years, 25 state legislatures considered and seven state governments passed bills to criminalize certain whistleblowing activities on factory farms. The livestock, dairy, and poultry industries lobbied heavily for these bills as a way to reduce scrutiny of their practices. Courts have overturned Ag Gag laws in four states. FIC has contributed briefs in opposition to Ag Gag and is a plaintiff in a current case to overturn North Carolina’s Ag..Read More 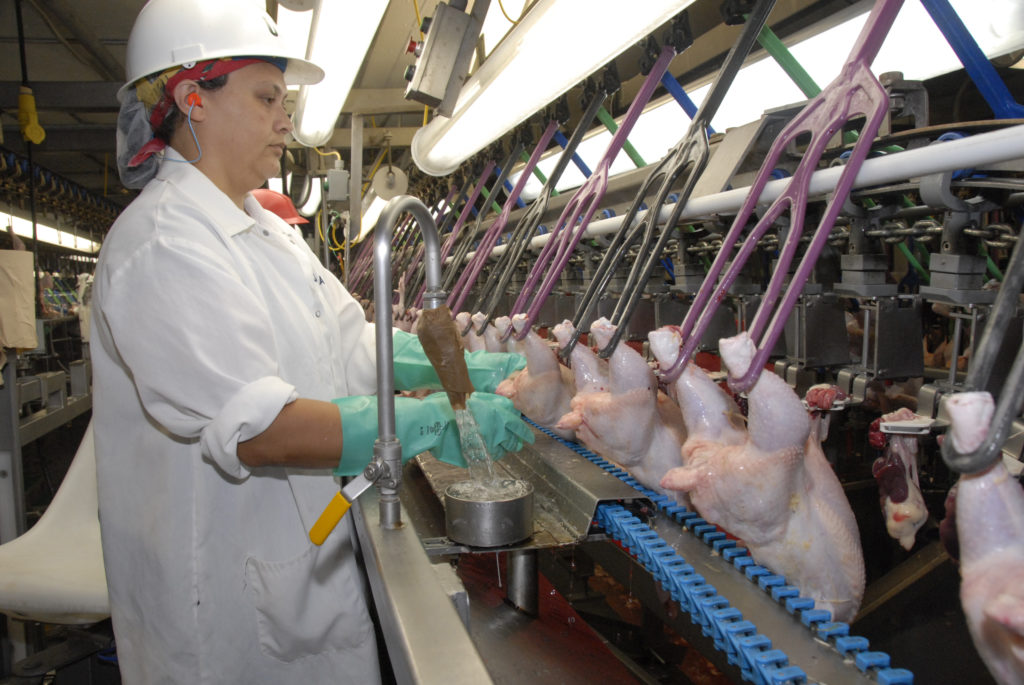 USDA inspector Phyllis McKelvey exposed the truth behind a proposed high-speed poultry inspection system. After working in a pilot of the inspection program, McKelvey contacted FIC with concerns. She blew the whistle on increased risk of fecal contamination and worker injuries associated with the pilot inspection plan. She became the public face of a multi-organization campaign against the plan. McKelvey authored a petition to USDA that received over 180,000 signatures. McKelvey’s activism prompted seven other poultry inspectors to provide FIC with anonymous legal affidavits that backed her claims. 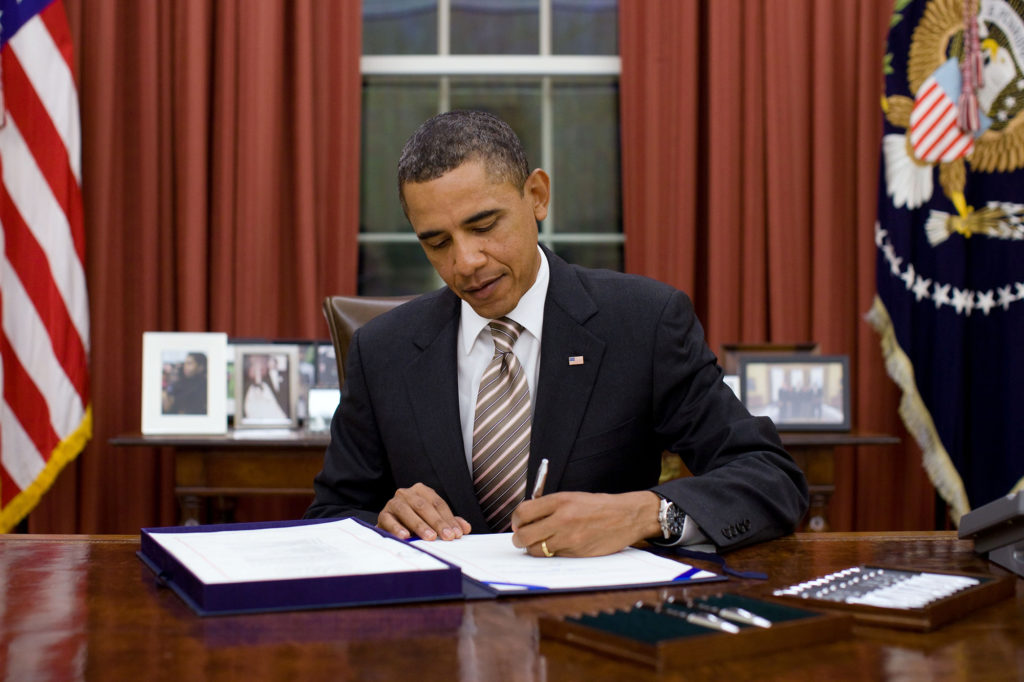 FIC successfully advocated for the gold-standard whistleblower protections found in the Food Safety Modernization Act (FSMA). FSMA was the most comprehensive food safety reform in a century. After the bill was signed into law, FIC held a conference at George Washington School of Law and invited whistleblowers, advocates, and legal practitioners to consider the impact of the new whistleblower provision. 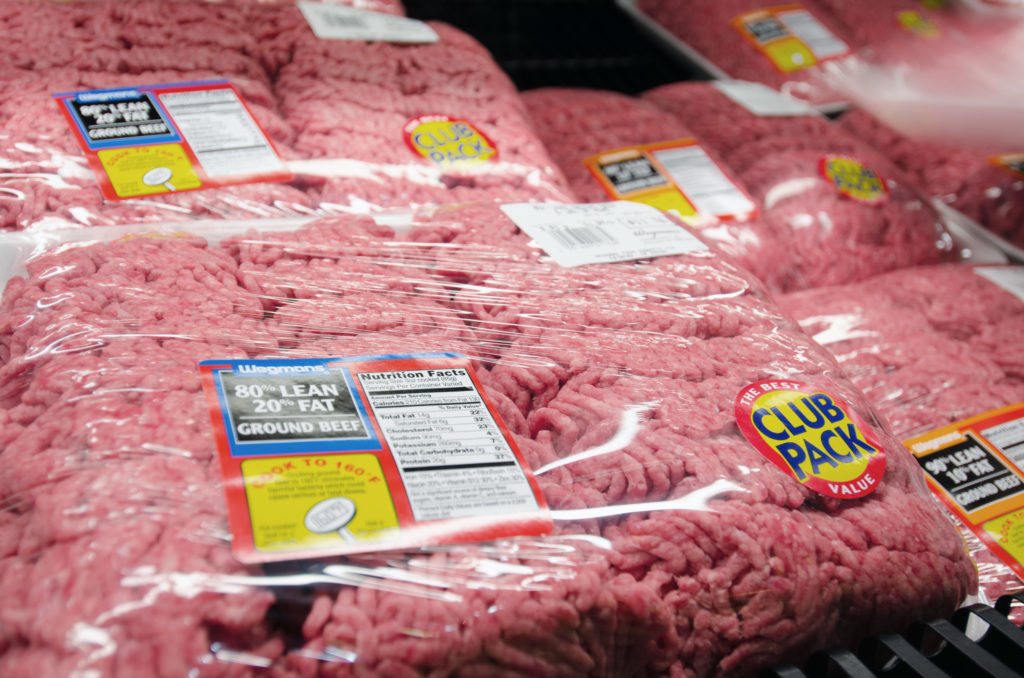 An ABC News report featured FIC whistleblower Kit Foshee, whose disclosure about “lean finely textured beef” (often referred to as “pink slime”) captured national attention. The media learned that the product was found in most of America’s hamburgers. Consumers were outraged at this revelation, forcing food companies and the National School Lunch Program to stop using the product. 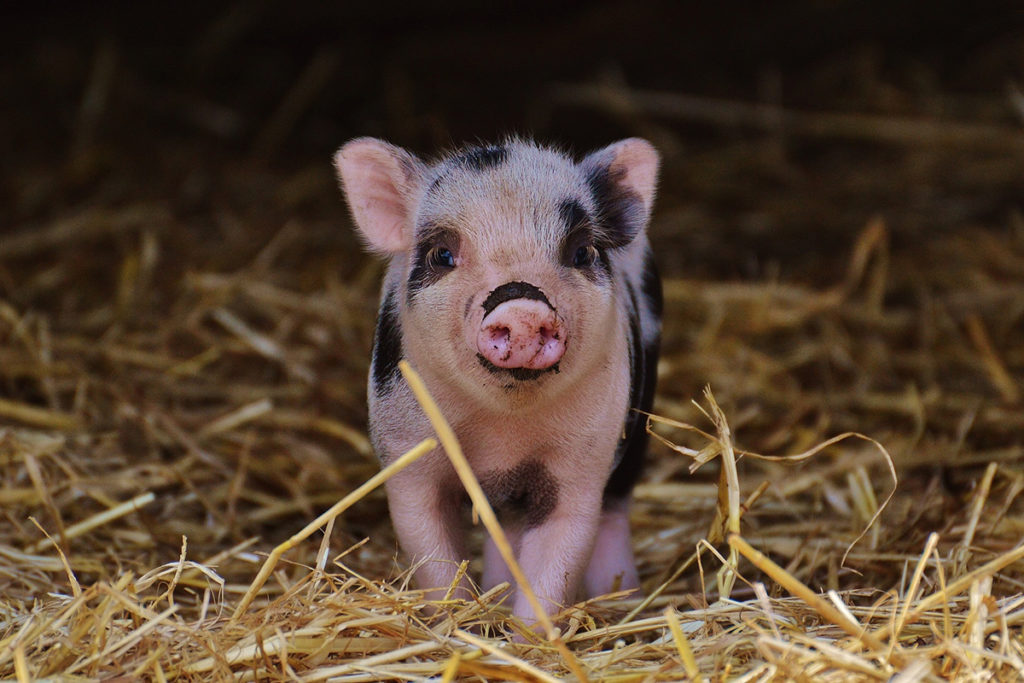 In November 2009, Government Accountability Project held a conference at the American University Washington College of Law that addressed the many transparency and accountability issues that arise in industrial agriculture. It was clear there was urgent need for reform, and from that conference, FIC was born. 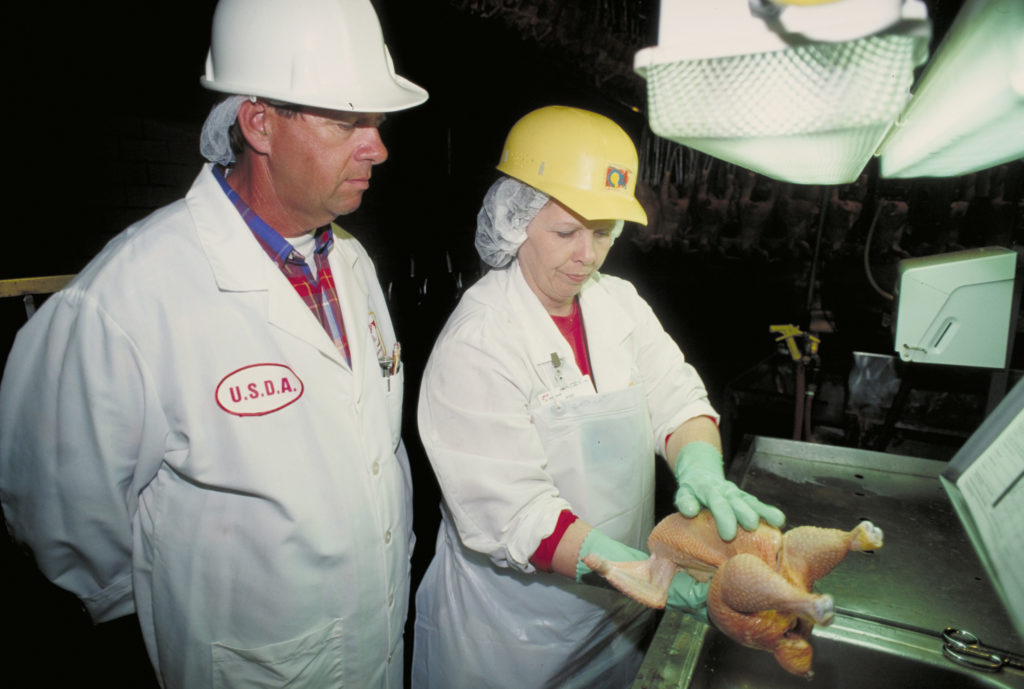 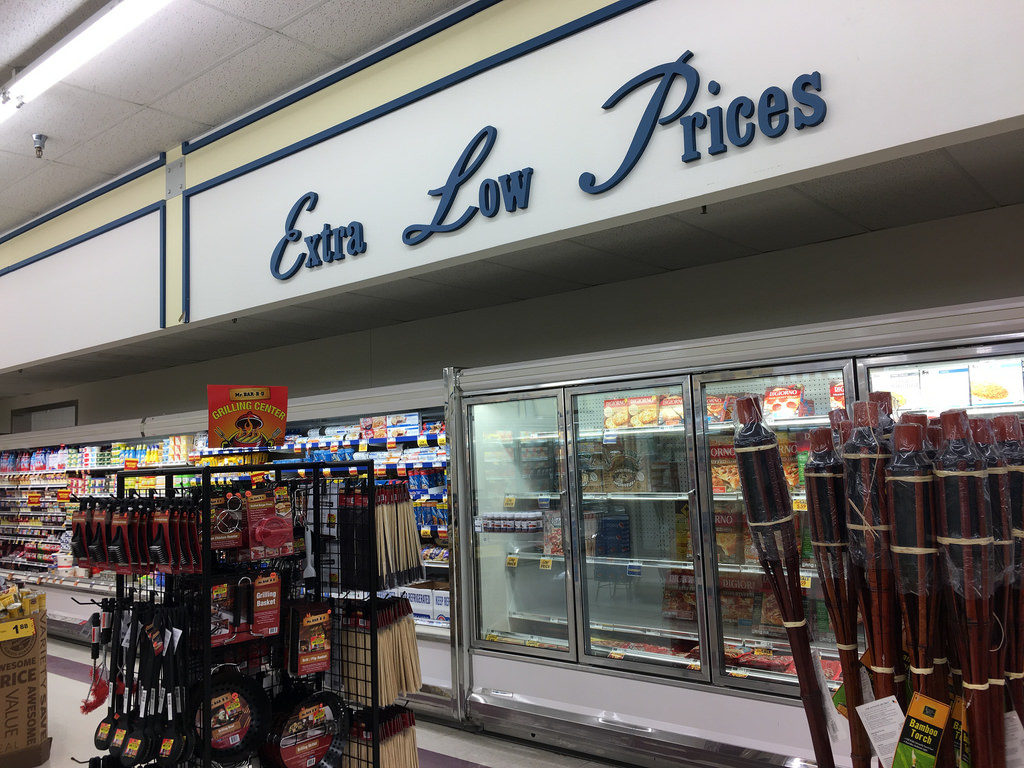 Employees of the grocery chain Food Lion approached Government Accountability Project with reports of egregious food safety violations at their stores in North Carolina. They described witnessing practices such as putting expired meat in sausage, concealing evidence of meat spoilage, and ignoring rampant cockroach and rodent infestations. Fearing retaliation from management, these employees relied on us to protect their identities. Those fears proved to be well-founded. ABC aired a scathing investigative report about Food Lion’s misdeeds, and Food Lion’s stock value plummeted. Food Lion then waged a ten-year legal battle..Read More 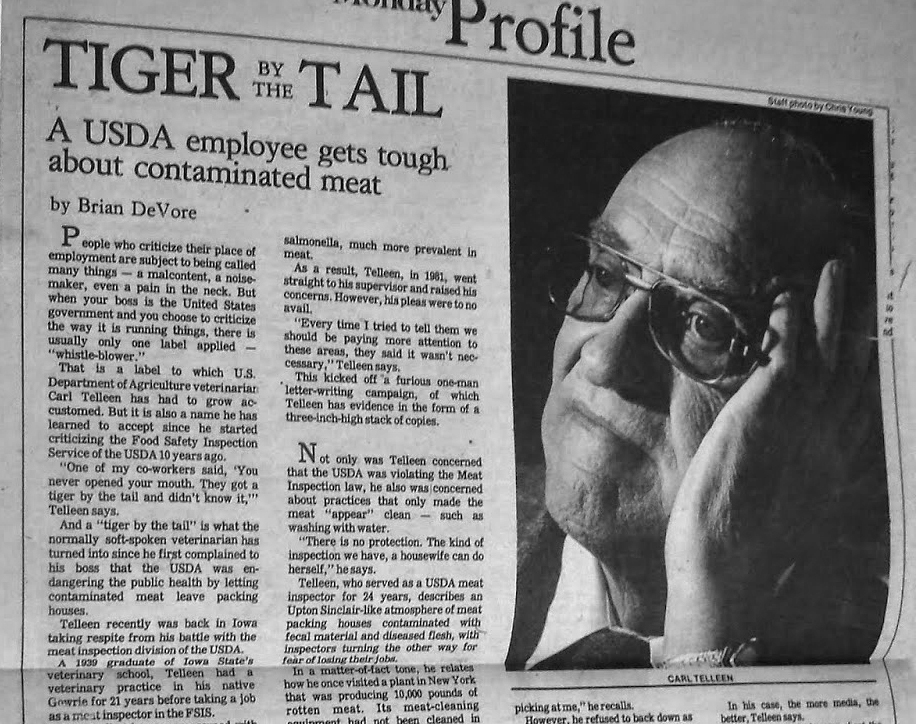 Speaking Out Against “Fecal Soup” in Poultry Plants 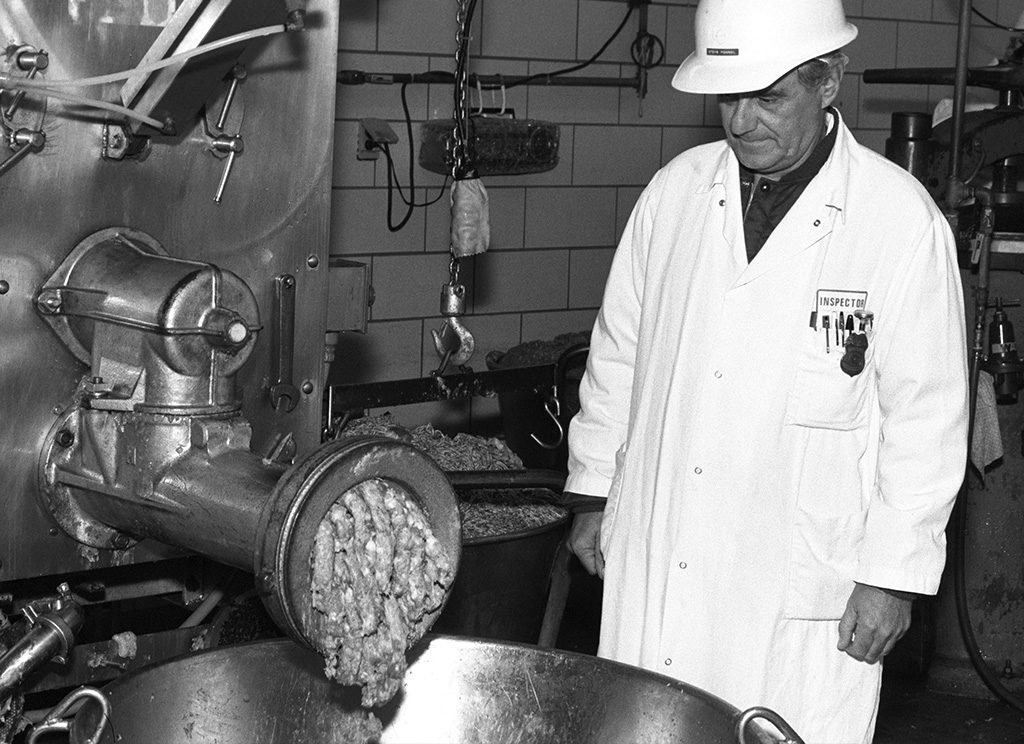 Food integrity has been a part of Government Accountability Project from the very beginning. The conference that served as the impetus to establish Government Accountability Project featured a food whistleblower, John Coplin, a USDA meat grader. Coplin spent thirty years fighting bribery in the USDA meat grading and inspection system. His disclosures lead to criminal investigations and jail time for offenders.

See what FIC is working on now ➔