What we eat and how our food is produced influences the climate, and the consequences of our food system are affecting our health. Public awareness is catching up to what whistleblowers and insiders have long known about the connections between food and climate change. There is still much more to uncover about how our government and the food industry should be held to account for the climate crisis.

In We Are the Weather, Jonathan Safran Foer argues that, even if we all know about the climate crisis, without the belief that we have a personal stake in climate change, we will fail to prevent its consequences. Whistleblowers must be believed if we are to meet the challenges of global climate change.

Agriculture accounts for over 10% of greenhouse gas (GHG) emissions in the United States (based on 2019 data). Livestock and poultry production generate over a third of U.S. methane emissions due to the digestion processes of meat animals, manure management on concentrated animal feeding operations (CAFOs), and the fertilizers used to grow animal feed. The contribution of these massive industries to our overall GHG burden in the U.S. has been steadily increasing over the last two decades. It’s not a joke or a waste of taxpayer money—animals raised for meat are a direct source of GHGs.

Neither corporations nor governments have been transparent or have responded adequately to the climate crisis. Still, many brave truth-tellers have stepped forward to share climate truth and tragedy with the public.

Even if we know that methane and other emissions from hog farms contribute to climate change, do we believe people in rural communities when they tell us that they are already facing climate challenges? Communities, mostly poorer communities of color, are feeling the impacts now.

In addition to daily emissions of greenhouse gasses, the massive open lagoons that store the waste from tens of thousands of hogs at industrial hog farms pose a significant threat in the face of worsening weather events. Meteorologists reported that climate change fueled the strength of Hurricane Florence in 2018, such that it rained and flooded more than experts had forecasted. The flooded lagoons spread livestock waste, pharmaceutical residues, and bacteria across the landscape and into people’s homes and drinking water. An overhead view of hog barns and waste lagoons in Duplin County, NC.

But the problems with waste lagoons don’t end there. Truth-teller René Miller, who lives in Duplin County, NC (where pigs outnumber people thirty-to-one), told the Food Integrity Campaign (FIC) about her experience living next to a hog facility. To manage the level of liquid waste in lagoons, producers spray the fluid from the lagoons onto fields near residential communities. The spray goes airborne and can cake everything in the vicinity with waste. Not surprisingly, René has had multiple health problems and routinely deals with the stench of hog waste sprayed on her home and car. Her situation is not unique. Hers is the struggle of hundreds of families of color affected by neighboring hog farms. When FIC investigators met with René at her home, she asked us to spread the word about one thing: “Please don’t support this industry.”

Above: Sitting on her front porch, René Miller captured this video of hog waste being sprayed on fields just across the road.

Not-so-fun-fact: Bacon and hotdogs are American favorites, but there’s more to the story. The global pork giant Smithfield dominates hog production in North Carolina, controlling the contracts for just over half of North Carolina hog farms and owning another 10% outright. Smithfield ranks as the largest pork producer and processor in the world.

Ounce for ounce, beef production exacerbates climate change more than almost any food. The U.S. beef industry touts environmental gains through improved “feed efficiency,” or the amount of feed required to produce the same amount of meat. Using less feed per pound of beef reduces GHG emissions involved in production—and, of course, increases profits due to decreased feed costs. Yet any GHG reductions gained through feed efficiency have been far exceeded by the U.S. beef industry’s overall production increases and its push for more global beef consumption through exports.

There’s a lot more to tell about how the livestock industry has worked behind the scenes to protect itself from regulations and hide its climate impact. FIC whistleblower and veterinarian Dr. James Keen revealed how the pursuit of feed efficiency at a USDA research facility came at the cost of animal welfare. Experiments allowed calves to be born weak and deformed, lambs to die in the cold, and piglets to be crushed by their mothers, all in the pursuit of profit. FIC researcher Anna Levy dove into how the beef industry leveraged U.S. farm and trade policies for its own gain in “Mapping a Decade of the Climate Policy-Livestock Industry Nexus in the United States.”

Believe that it doesn’t have to be this way.

The first step to solving a problem is acknowledging that you have a problem. Government agencies with the ability to regulate agricultural industries have been slow to take responsibility and acknowledge the impact of industrial animal agriculture. FIC is working with our partners to change this. We advocate for agencies like USDA and EPA to recognize the impact of livestock and poultry CAFOs on air quality, water quality, and the lives of nearby residents.

We are also working to ensure that public policies and programs supporting agricultural producers do not reinforce our dependence on industrial animal agriculture but, instead, support the growth of alternative, sustainable forms of food production. We believe that feeding our families does not need to come at the expense of others—or at the expense of future generations. We work both at the federal level and with partners in major animal agriculture states, such as North Carolina, to push back against efforts to grow the industry and erode existing environmental protections.

An FIC researcher examined regenerative agriculture, one possible climate-friendly alternative to conventional agriculture. Regenerative agriculture promotes practices that capture carbon from the air and store it in the soil, a process called carbon sequestration. These practices can make farming systems into a tool for fighting climate change, rather than an industry that makes it worse.

The Intergovernmental Panel on Climate Change (IPCC) has pitched soil carbon sequestration as having the biggest potential for mitigating agriculture emissions. Yet the USDA invests far fewer resources to promote these practices than it does to maintain conventional agriculture.

Supporting the Food Integrity Campaign protects and empowers those who protect our food’s integrity in the face of climate change. Please consider joining the conversation by signing up for our email list or making a donation to FIC. 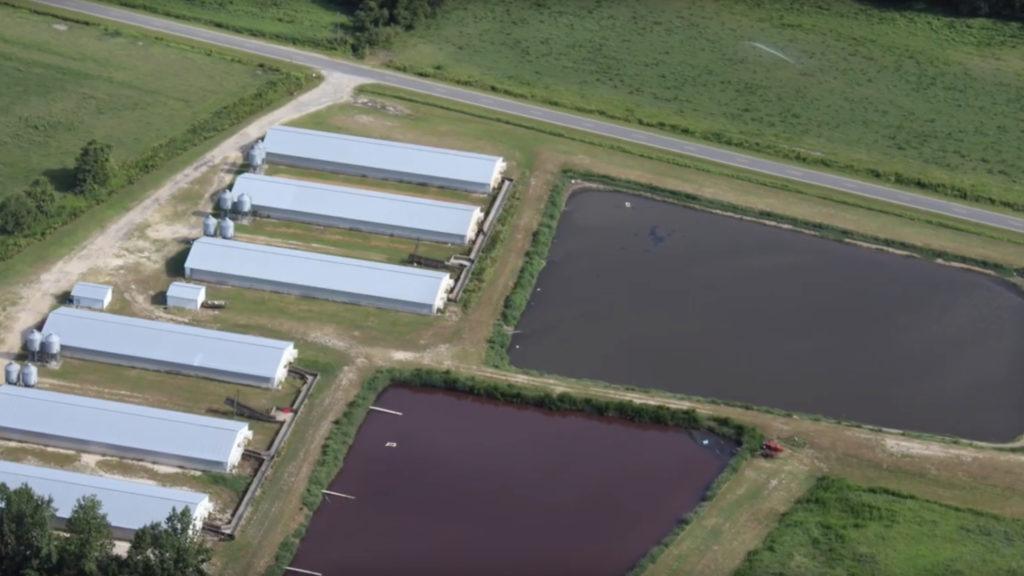 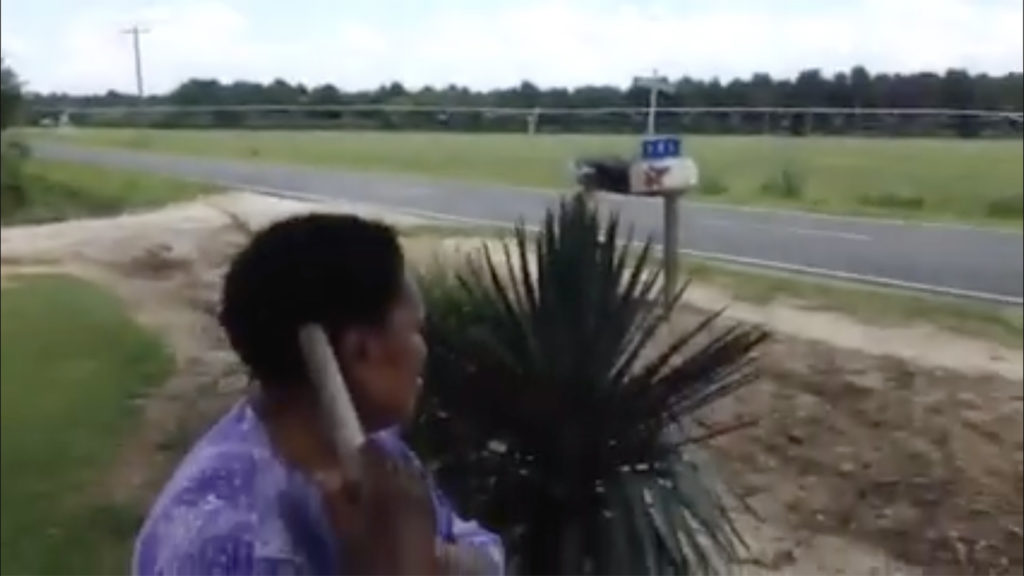 Sitting on her front porch, René Miller captured this video of hog waste being sprayed on fields just across the road. 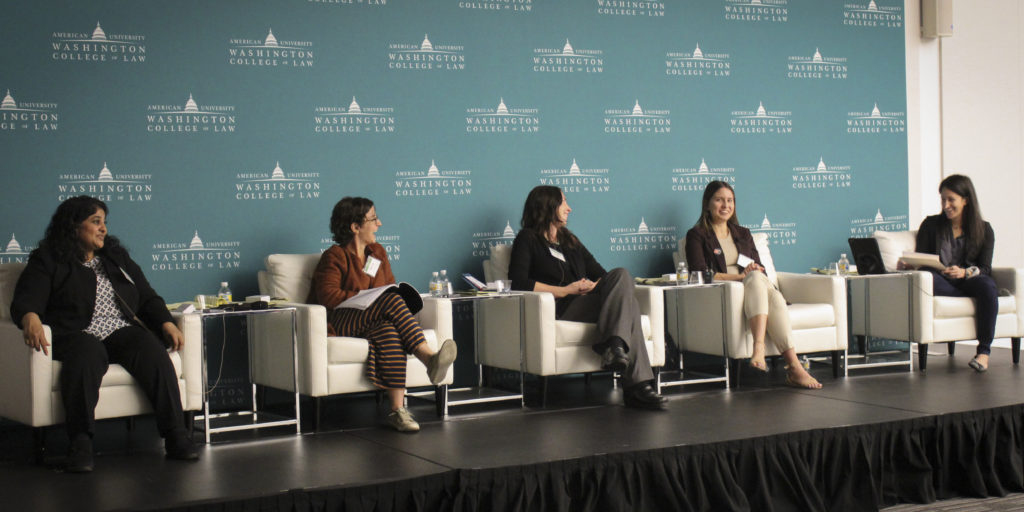 Food Integrity is a matter of personal choice and political will… In “Food and Climate Change,” panelists explored the importance of shifting individual dietary choices, as well as pressing companies and legislators to make changes. FIC researcher Anna Levy emphasized the need for “meaningful trade reforms” on an international level, while moderator Danielle Vogel reminded attendees that what they buy at grocery stores impacts our environment in profound ways. Lisa Archer of Friends of the Earth noted that we have “to do both.”

The Farm Bill: What it is and why you should care

“Not responding is a response. We are equally responsible for what we don’t do.”