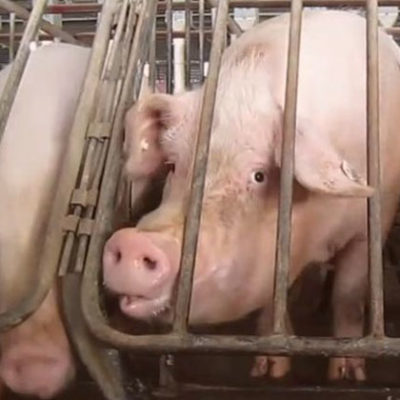 Consumers are asking questions about the food they eat: where it comes from and how it was processed. Yet when it comes to the treatment of animals, Big Ag has been notoriously secretive. Over the last decade, the use of undercover video as a means to show wrongdoing on factory farms and in meat processing has brought to light some disturbing truths. Whistleblower exposés have revealed neglect, inhumane practices and gross abuses. In response, consumers have expressed their disapproval. But instead of adopting more humane practices, animal agriculture is lobbying to enact state laws that criminalize the recording of cruelty to animals.

Essentially, Ag Gag makes it a crime to report a crime. Concerned advocates are speaking out against these offensive laws on behalf of truth-tellers and whistleblowers.

To bring horrific truths to the public eye, undercover footage and images are an effective means for whistleblowers who otherwise risk retaliation when speaking up. Going through “proper channels” to report abuse often results in reprisal from supervisors who try to silence employees through intimidation. Video is often the only way to prove allegations. AgGag legislation, in its various forms, aims to silence honest whistleblowers and keep appalling truths from reaching the public.

FIC challenges the constitutionality of AgGag and exalts the public policy importance of whistleblowing. As both plaintiffs and as friends of the court, FIC maintains that when whistleblowers are afraid to come forward, those who are of a mind to violate the law can do so without fear of exposure. Incentives are perverted, oversight breaks down, and the public’s health is at greater risk.

Idaho: FIC has worked with its coalition partners to prevent AgGag from becoming law. An FIC whistleblower and USDA public health veterinarian joined in our fight to warn Idahoans against AgGag and demand greater transparency from animal agriculture. Unfortunately, the bill was passed, leaving litigation as our only recourse. FIC prepared an amicus brief warning the court that threatening whistleblowing in agriculture was bad for consumers, animals, and the environment. The district court agreed with FIC and found the law unconstitutional and in violation of the First Amendment. But in 2015, the State of Idaho appealed the lower court decision to the 9th U.S. Circuit Court of Appeals. On January 4, 2018, the Court of Appeals struck down most of Idaho’s AgGag bill and upheld the district court decision that the AgGag law violated free speech rights.

In March, the governor of Arkansas, Asa Hutchinson, signed into law HB 1665, a bill designed to discourage whistleblowers from making public disclosures about food, worker, and animal safety at industrial agriculture facilities, under the guise of protecting property. This law severely restricts the rights of whistleblowers knowledgeable about fraud, abuse, or illegality to speak out on behalf of the public interest. It is the fourth attempt by Arkansas lawmakers in recent memory to pass such legislation, which induces a chilling effect aimed at suppressing occupational free speech.

In June 2015, North Carolina legislators passed an Ag Gag measure that allows employers to pursue civil charges against any employees who take photographs or video, and implies that releasing footage to the public would be a violation of so-called “duty of loyalty to their employer.” Republican Governor Pat McCrory vetoed the bill, but the General Assembly issued a veto override. In January 2016, FIC joined a coalition of groups in filing a federal lawsuit that asserts the law as unconstitutional.

Several states introduced but failed to pass Ag Gag bills in 2014, but the battle in Idaho (which has a $2.5 billion dairy industry) was not as fortunate. Idaho Governor C.L. “Butch” Otter (R) signed the state’s Ag Gag bill into law in February 2014, despite a concerted campaign to oppose it. As the legislation reached his desk for approval, FIC and other groups decided to put pressure on yogurt company Chobani and dairy giant Darigold to step in and urge a veto. After a day of tweets, messages and petitions, Chobani (which has operations in Idaho) heard the call for transparency and responded in kind. In less than 24 hours, Chobani CEO Hamdi Ulukaya spoke out against Idaho’s Ag Gag bill, stating it “would limit transparency and make some instances of exposing mistreatment of animals in the state punishable by imprisonment.” FIC also released a statement by a former USDA veterinarian who has witnessed abuses at Idaho dairy farms, articulating the need for undercover video to hold wrongdoers accountable.

Idaho became the first state to pass an Ag Gag bill since Utah enacted its law in 2012, but transparency advocates are not surrendering without a fight. Both laws now face constitutional challenges in federal court. In Idaho, those found to have violated the law could face up to a year in jail. Ironically, that sentence is double the state’s maximum penalty for animal cruelty. FIC submitted an amicus brief supporting the lawsuit to overturn Idaho’s Ag Gag measure.

Eleven states introduced Ag Gag legislation in 2013, including Arkansas, California, Indiana, Nebraska, New Hampshire, New Mexico, North Carolina, Pennsylvania, Tennessee, Vermont and Wyoming. The bills varied in language, but several included mandatory reporting provisions, such as New Hampshire’s proposed legislation requiring whistleblowers to report animal abuse and turn over videotapes and other documentation within 24 hours or face prosecution. Mandatory reporting provisions became more common in the 2013 legislative session, and while on their face appear to support prosecution of abuse, actually hinder meaningful and effective investigations by mandating reporting before adequate documentation can occur. These provisions, which the sponsors claimed solve the problem of silencing so-called legitimate whistleblowers, actually make it easier for companies to isolate those who speak up and retaliate against them. FIC blogged about the numerous reasons mandatory reporting provisions are problematic.

Thanks to FIC’s work with our coalition partners and help from supporters, all 11 bills failed to pass.

The four proposed Ag Gag bills that died in the previous session were reintroduced and joined by several new states to include a list of 10 anti-whistleblower bills: Florida, Illinois, Indiana, Iowa, Minnesota, Missouri, Nebraska, New York, Tennessee and Utah. Because of concerns raised by FIC and our partners, however, 8 of 10 bills were tabled or failed to pass before the end of the session (with the exception of Iowa and Utah).

To address concerns about free speech violations, lawmakers in Iowa changed the bill’s language, removing any mention of video footage and replacing it with a provision that penalized individuals who apply for agricultural jobs under false pretenses. Nevertheless, the new provision continues to serve as a scare tactic aimed at whistleblowers who use undercover video. The legislation is written so that workers face serious charges if they gain access “with the intent to commit an act not authorized by the owner,” language that prevents even established, long-term employees from speaking up if they witness serious violations on company property. Utah kept its language relating to video, but also included the broadly defined false pretense provision. FIC Director Amanda Hitt authored two op-eds – one in Iowa’s Cedar Rapids Gazette, the other in Utah’s Salt Lake Tribune – describing how those respective state Ag Gag bills pose a threat to public health. Despite these objections, however, both bills were signed into law in March 2012.

Currently, Missouri has a law that prohibits undercover investigation of animal facilities. The new bill, introduced in 2012, would have expanded regulations to cover all agricultural facilities. The State House passed the bill, but the Senate did not reach a vote before the legislative session ended. However, the state legislature did pass an omnibus agriculture law that requires anyone with pictures or video of animal abuse to submit them to law enforcement officials within 24 hours.

The Ag Gag bills proposed in other states failed to pass.

In early 2011, Ag Gag bills were introduced in Florida, Iowa, Minnesota and New York. These would have criminalized visual documentation of animal abuse, or other wrongdoing, in agricultural facilities without the owner’s permission. However, they either stalled or failed to pass their respective state legislative sessions (ending in June 2011).

Since 1980, GAP has worked with whistleblowers who, with undercover footage, were able to expose atrocious conditions that violated food integrity, and to create change that benefited animals, workers and consumers. Ag Gag laws would have prevented these important disclosures and allowed shocking practices to continue.

Chicken “Fecal Soup”: USDA grader Hobart Bartley, who was transferred and demoted in 1985 after repeatedly warning the agency of unsanitary conditions at a Missouri poultry plant, came to GAP and was able to expose the routine practice of soaking thousands of chicken carcasses in a giant “chiller” (with dried blood, feces and hair floating in along with the dead birds) in order to increase their selling weight. His story was featured on CBS’s 60 Minutes.

Food Lion: Food Lion grocery chain employees reported shocking abuses of food safety standards to GAP in the early 1990s. Violations included grinding expired meat into sausage, washing off meat that was greenish and slimy, soaking poultry in bleach to conceal spoilage, and putting tomato sauce on expired chicken and selling the new product at a premium price. GAP took these concerns to ABC, which aired a national exposé on the confirmed allegations.

Dean Wyatt: Undercover footage taken by the Humane Society of the United States, and released in fall 2009, finally vindicated the late USDA Public Health Veterinarian Dr. Dean Wyatt, who consistently complained of animal welfare violations at two processing plants in Vermont and Oklahoma. Before the video’s release, Wyatt lacked support from agency supervisors and was instead punished for doing his job.

History clearly shows that when workers do make complaints, they are often ignored or face job transfers, demotions, and other retaliatory actions that effectively discourage many from coming forward. Without the help of media and whistleblowers, these gross practices would go unchanged. 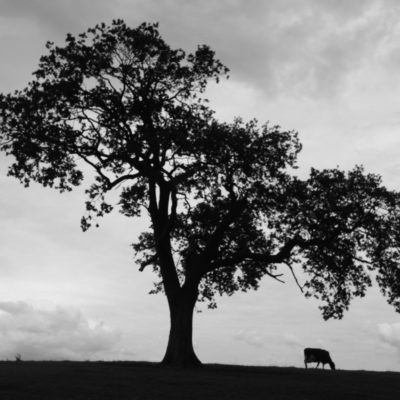 Dr. Dean Wyatt was a Public Health Veterinarian (PHV) for the USDA Food Safety Inspection Service (FSIS). Dr. Wyatt discovered gruesome and distasteful violations of the humane handling regulations – not at just one plant, but two. Each time, Dr. Wyatt voiced concerns to his supervisors. 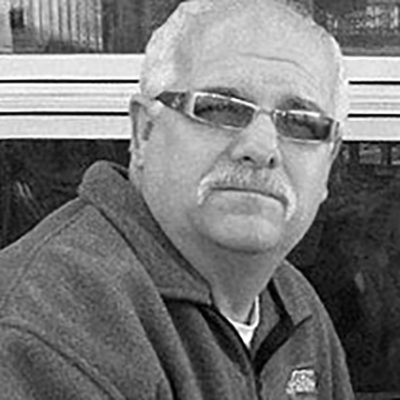 Jim Schrier is a veteran federal food safety inspector who faced retaliation from the USDA after blowing the whistle on violations of humane handling regulations at a USDA-regulated Tyson Foods slaughter plant in Iowa. FIC represented Schrier in connection with his whistleblower retaliation case. Serving as a USDA meat inspector for 29 years, Schrier was […]

You can download the court documents by clicking on the following PDF links.

This is the first of several videos released as part of FIC’s “Ag Gag Undercover” series to raise awareness about the controversial anti-whistleblower bills introduced in various U.S. states.

Ag Gag Undercover #5: In the Dark

Fighting for Food Whistleblowers in the Legal System

“Undercover investigation is important for exposing all kinds of illegal and immoral activities, and whistleblowers need video to validate and substantiate what they’re saying. I think we can do better than this dangerous law, for animals, farmers and consumers’ sake.”