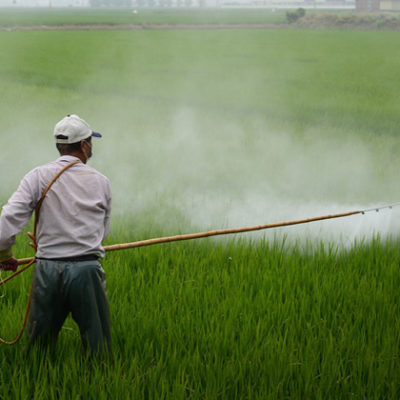 Pesticides have long been used in agriculture. When it comes to environmental and health concerns, these chemicals are notorious culprits. Employees from the pesticide industry, people who live in the surrounding areas where the chemicals are applied, and federal regulators routinely seek FIC’s help in blowing the whistle on these potentially deadly products.

The global pesticide market is expected to reach $81 billion in the next five years. This growth is alarming given the health concerns attendant with pesticide use. Exposure has been linked to neurological disorders, birth defects, and several forms of cancer. But danger does not end there—runoff from pesticides poses threats to aquatic life, birds, and rodents as well. Unsurprisingly, many groups oppose the routine use of pesticides. Through court cases and those with insider information, it has become evident that higher-ups in these industries knew about the risks pesticides posed. Newer whistleblower laws make it easier for industry insiders to blow the whistle, and GAP’s Food Integrity Campaign is committed to helping them speak their truths.

Pesticides are regulated by several federal agencies. The Environmental Protection Agency (EPA) tests and approves pesticides and establishes acceptable exposure levels that identify the maximum amounts of pesticide residue that is safe for food. The Department of Agriculture (USDA) is responsible for measuring pesticide residue in meat, eggs, and dairy, while the Food and Drug Administration (FDA) monitors fruit and vegetable residue. Despite regulators, critics point out that weak enforcement of existing regulations and industry influence have resulted in inadequate public health protections.

Where are our industry watchdogs in all this? It turns out the agency, in this case the EPA, might have been colluding with the industry. Recently unveiled court records show that an EPA official let Monsanto employees ghostwrite its own toxicology reports! In related news, a Bloomberg story revealed that an EPA official boasted to an executive at Monsanto about “killing” another investigation into safety concerns over Roundup, a controversial weed-killer. In northern California, Monsanto is involved in over 50 lawsuits that allege the company’s Roundup exposure caused people to develop non-Hodgkin lymphoma, a type of cancer. What’s worse, these lawsuits suggest Monsanto not only knew about the risks, but deliberately tried to cover them up.

Most people think of pesticide danger in terms of their threat to consumers. Without question, people don’t want to eat too much, if any, of this stuff. But what we often forget about are the workers in the fields and the people in neighboring communities who are constantly exposed to the drift from crop spraying. This is a daily concern for citizens of Hawaii, for instance, who are fighting legal battles just to create spraying safe-zones to protect schools and hospitals from pesticides.

The pesticide industry is a huge business in Hawaii where the climate allows biotech companies to grow their genetically engineered (GE) crops year-round. But these companies prefer to keep you in the dark about their practices, despite their impact on both public and environmental health. FIC has worked with local activists to fight back the onslaught of biotech behemoths.

“Whether one is skeptical, hopeful, or a mix of both about the science and technology of genetic engineering, we must differentiate between what is good for Dow, DuPont, Monsanto, Syngenta, BASF and Bayer, and what is good for farmers and farmworkers.”