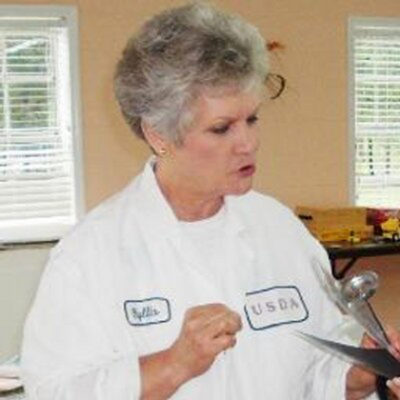 Phyllis McKelvey is a retired U.S. Department of Agriculture (USDA) Food Safety Inspection Service (FSIS) inspector with 44 years of experience in the poultry sector (working for both the government as well as private industry). Before leaving the USDA in 2010, Phyllis witnessed firsthand the damage that the agency’s pilot high-speed poultry inspection program creates. She brought food and worker safety concerns to Government Accountability Project after the USDA’s 2012 announcement of its plan to expand the program.

Phyllis worked in one of the program’s first pilot plants at a chicken processing facility in Guntersville, Alabama. Among other problematic changes, the new system turns most government inspector duties over to company employees who are powerless to speak out against their employers. The program also increases line speeds to where an inspector has only 1/3 of a second to check each carcass. Phyllis recalls it being impossible to inspect birds as they whizzed down the line at this breakneck speed. Further, unlike traditional inspection methods (where inspectors can see all sides and the inside of the bird), inspectors under the new program can only see the backside of the bird – not the front where breast meat is, nor the inside of the bird where fecal matter is commonly found.

Since her retirement, Phyllis has kept in close contact with current FSIS inspectors and industry employees, many of whom share her concerns. But current inspectors who wish to speak out publicly against the new plan typically avoid doing so, out of fear of being reprimanded or losing their jobs. Phyllis has served as a voice for other would-be whistleblowers in the agency who don’t feel safe to speak out against the inspection changes without retaliation. Read about the concerns of several anonymous USDA whistleblowers regarding the changes in poultry inspection.

Due to her concern about the effects this program will have if it becomes a national standard, Phyllis launched a petition asking the USDA to halt its plans. The petition has gathered more than 180,000 signatures.