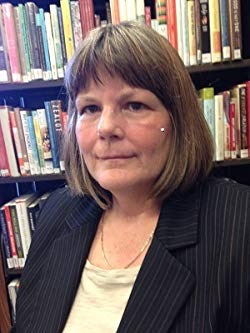 In January 2008, Renee Dufault retired after 20 years of federal service from the Public Health Service (PHS), the last part of which was spent working at the FDA Office of the Commissioner. There, while conducting research on mercury, she discovered low levels of the toxic substance in samples of High Fructose Corn Syrup (HFCS). When she and others took steps to publish a paper of their findings, instead of being praised for protecting the public, she was denied use of the federal extramural data for publication purposes and encouraged to retire when meaningful work was suddenly no longer supported by management.

In 2004, Dufault began researching the mercury cycle from an environmental management perspective for the FDA. With an extramural colleague, she analyzed a number of food products listing HFCS as either the first or second ingredient on the label and organic food products for mercury. Shockingly, results pointed to low levels of mercury in all of the products they analyzed containing HFCS while the organic foods did not contain any detectable levels of mercury. To confirm that HFCS was the source of mercury, Dufault sent virgin HFCS samples to two different extramural laboratories, one federal and one academic, for mercury analyses. Acting as third parties, both laboratories independently and conclusively found in 2005 low levels of mercury in the HFCS samples.

In October 2005, Dufault and her extramural academic colleagues presented some of their preliminary findings to FDA’s Center for Food Safety and Applied Nutrition (CFSAN). According to Dufault, after the presentation, she was told by the head of the Food Additives division to stop investigating the matter. The pressure to “back off” was obvious. However, Dufault and her colleagues chose to pursue the truth.

Dufault left the FDA instead of remaining silent. She sought Government Accountability Project’s assistance to submit her first paper describing the finding of mercury in HFCS for publication, and to represent her should she be retaliated against by the FDA, NIST, or any food manufacturers. With collaborators, she was able to achieve her goal of publishing the findings in a peer reviewed journal in January 2009. She then worked with her collaborative team to determine how this major source of mercury exposure in the food supply might interact with other epigenetic risk factors to affect learning in children. After a lengthy review of the literature, Ms. Dufault and her interdisciplinary team developed a mercury toxicity model to explain these interactions. The mercury toxicity model made it through an exhausting peer review process and was published in October 2009. Her publications have received national attention and have been covered by a variety of media outlets.

Dufault’s study made a devastating impact on the already-tarnished public image of HFCS. Because of Renee’s disclosures, HFCS in foods (especially children’s foods) has received heightened scrutiny from cautious parents. HFCS had already long-been under fire because of its ubiquitous presence in children’s food and role in the obesity epidemic. Because of Dufault’s investigative work, parents are now equally as threatened by the component’s low-level mercury content. While mercury is not safe at any level at any age, it is particularly dangerous to children. Dufault et al (Oct. 2009) explains how mercury exposure is linked to increased rates of special education services and autism.

Renee’s new book, Unsafe at Any Meal: What the FDA Does Not Want You to Know About the Foods You Eat, was recently reviewed by Publisher’s Weekly.

In April 2012, Dufault and her team updated the Mercury Toxicity Model and published a study detailing the role of HFCS in the growing autism epidemic.